Buying a house complete with olive groves in Spain is one of those dreams that many of us have, but few ever achieve. Buying a derelict ruin in Spain sounds more of nightmare but that’s exactly what Kirkcaldy couple, Callum and Anne Marie Henderson did in 2007. Several years on and with a renovated house in Andalucian hills, Callum is now a member of the local olive oil cooperative and sells his extra virgin olive oil throughout the UK. 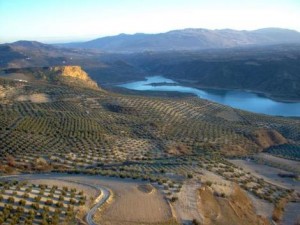 The house, set in the on the western hills of Andalucia and adjacent to Priego de Cordoba and Jaen has the perfect conditions for growing fantastic olives –  high rainfall, large temperature variations and soil with a high lime content. It’s an area dependent on olive farming, 540 farmers covering less than 10 hectares; a mill owned by the local farming cooperative,  whole families and indeed a village working together to preserve traditional methods. With trees producing enough olives for around 125 litres of olive oil, Christmas for the Henderson family  is spent in Spain harvesting olives.

In the early days the oil was bottled with their own label but seven years on, the top quality oil they produce is part of the local cooperative, selling under the Orodeal range via their company Extra Virgin Spain. The cooperative currently produces three different olive oils from the Picudo and Hojiblanca and Picul olives and Callum and Anne marie are now regulars at some of Scotland’s markets and food festivals with their distinctively yellow coloured branded Orodeal oils. All Oredeal olive oils are unfiltered and may be slightly cloudy, but according to Callum filtering removes some of the flavour and it’s what makes his oils taste do good.

Callum is also the UK partner for GreenOliveOil an initiative set up by the University of Cordoba to ensure that traditional Spanish artisan producers receive a fair price for their oils and to create a sustainable future for the producer, the farmers, their communities and way of life. All Orodeal olive oils are certified GreenOliveoil.

Olive oil is a staple in my kitchen along with the range of other oils I use for cooking but with such a wide variety of olive oils, I like to keep a plentiful supply.  Travelling abroad to olive oil producing countries, usually sees my bag crammed with a selection of the local olive oils, rather than the usual duty free perfume and alcohol. Being very much a ‘know your producer’ when it comes to food and with the Hendersons oils being part of their local cooperative, I was more than happy to try them when Callum sent a few for tasting. He also included some jars of the olive varieties used to produce the olive oil  and it was interesting to taste these along with the final product . 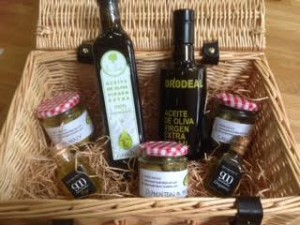 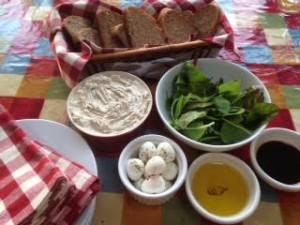 A family tasting was essential

A family tasting was essential and everyone gave top marks to the Orodeal olive oils and olives, tasted along with crusty bread, quail eggs and basil leaves. Callum had sent two oils, Orodeal Single Variety and Orodeal Gold – The Orodeal Single Variety  is produced from Picudo olives and due to the altitude of the olive grove has a sweeter fresher flavour. The olives are harvested early while still green producing a fresh green grassy aroma. It’s rightly described as an intense fruity flavour with hints of tomato, fresh apple and almonds developing into a bitter, spicy aftertaste. I’ve been using it mainly for dressings and for dipping with crusty bread. 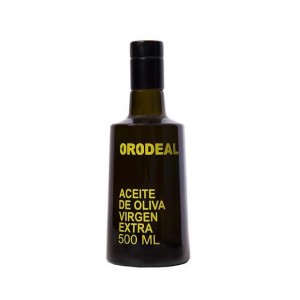 The second oil, the Orodeal Gold is produced from 80% Picudo olives and 20% Hojiblanca olives, giving a soft, fruity flavour. I really liked this fruity  oil with it’s little spicy kick and it’s one I’ll definitely be keeping in the store cupboard. 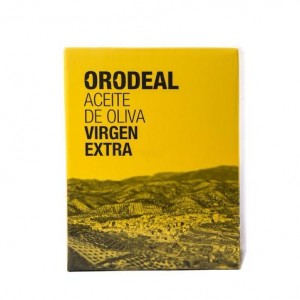 Orodeal Gold – available in a 3 litre box, vacuum packed to protect the oil from exposure to light and air.

Callum tells me that the Orodeal Gold is a great all rounder and is also the oil preferred by some chefs including Scotland’s 2015 Chef of the Year, Craig Wood at TheWee Restaurant in North Queensferry, Fife.

There’s also a limited edition oil produced from a very limited early harvest o f60% Picudo olives, 30% Hojiblanca olives and 10% Picual olives. This is described as as having hints of fresh cut grass, delicate tomato, fresh fruit and herbs – with a slightly bitter taste, definitely on my list to try. 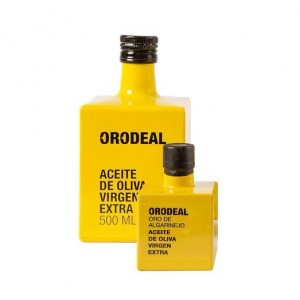 The DO is a internationally recognised system for recognising and regulating superior and unique quality products and producers from specific geographic sources.

In the Uk Orodeal olive oil is available from Extra Virgin Spain and also at some Scottish markets and food festivals. Check the website for details.

Some products I receive for review come with interesting facts and olive oil production is one of those. It’s been interesting to learn so much about about the history and the production of both olive oils and in particular Callum and Anne Marie’s Spanish oil. Here are some facts about Spanish olive oil.

In the UK Orodeal olive oil is available from Extra Virgin Spain and also at some  markets and food festivals. Check the website for details.

Included with the oils I received were two samples from another Spanish Olive Oil producer, 900 Novecientos, a company that recently won a gold medal at the New York Olive Oil Competition and is now listed as one of the best in the world.These oils were absolutely delicious and if you’re interested in tasting, some varieties are available from Extra Virgin Spain